« Our music is tribal Afro punk, between electro and folk, a music which allows us some freedom, some madness. We make a music which is not the addition of our two universes but a reinvented culture reflecting a fantasized Africa which becomes real. »

Germaine Kobo is a Belgian artist of Congolese descent, as she was born in Kinshasa and adopted at the age of 2 by a Belgian couple. She founded in 2009 Aquarelle intime, a band between rock and songs, released  in 2013 the LP Lombe, in 2016  the EP Rhinoceros and in 2017 Moundele (meaning white in lingala), an electro EP. Together with Bella Lawson, a Togolese singer and percussionist, they formed a vocal and instrumental dynamic duet (Kalimba, African percussions, gourds, kamélé not goni, balafon), and created an afro-electro style they defined as tribal Afro punk. 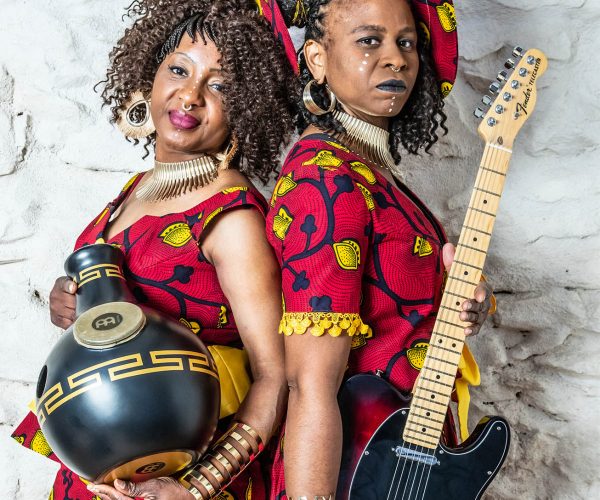 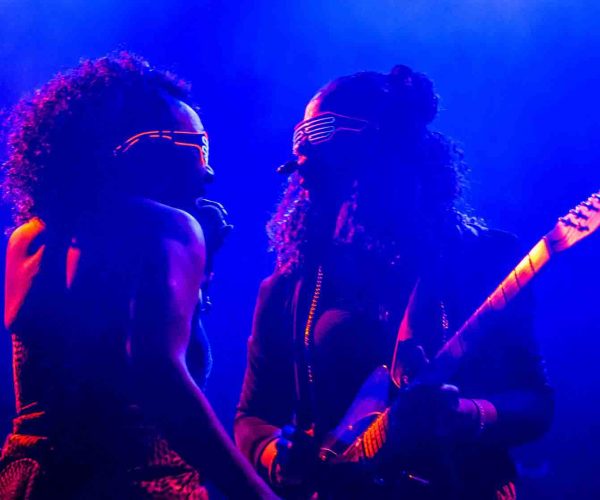 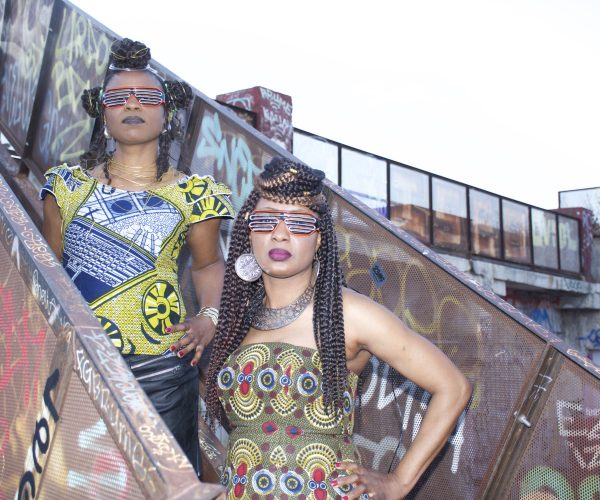 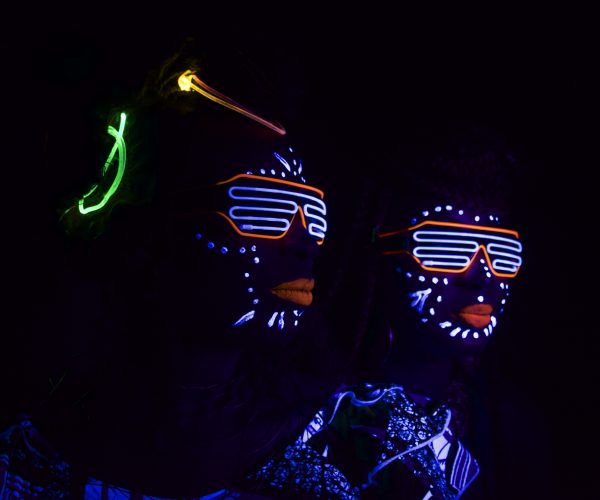